Bradfords Building Supplies Ltd, the leading independent builders’ merchant in the South West, is celebrating its 250th anniversary with the delivery of a new dropside DAF CF260 from Ryder.

The new truck not only features a commemorative livery that acknowledges the business’s heritage but also a personalised licence plate: RIG 1770.

Bradfords was founded in 1770 by William Bradford and specialised in agricultural supplies. The business evolved into a builders’ merchant through the 19th and 20th centuries, developing its transport facilities accordingly. From the use of horse-drawn barges, through to the railways, Bradfords has always looked to find the best solution to transport its goods, now boasting a modern fleet of bespoke DAF trucks optimised for the delivery of building supplies. Bradfords now has more than 40 branches throughout the South West, Herefordshire and Worcestershire.

Initially it was intended that the new truck work in a marketing and PR capacity before transferring into the main fleet. However, due to a combination of the COVID-19 pandemic forcing the postponement of outdoor events and a surge in business volumes, the new truck has been pressed into active service early. Martin Caddick, Head of Transport at Bradfords, explains: “The truck was meant to be on special duties for the first six months of its life at outdoor shows and customer events. However, it’s been playing an active role at Bradfords since the day it was delivered.”

With a body built by Wessex Vehicle Services and a remote control crane from Atlas that is finished in commemorative silver, the vehicle matches the industry-leading specification of the fleet that Ryder supplied to Bradfords in 2019. This includes automated warning lights on the crane (when the power take-off is switched on, the crane and truck warning beacons/LED lighting automatically illuminate), a crane pad stowage system that securely stores the pads within the outrigger system (rather than elsewhere on the vehicle as is the norm), and V-Rave side-rails on the body, which are set with an anti-slip surface.

Caddick adds: “At Bradfords, we’re proud of our heritage. We’ve been serving the South West non-stop since 1770. Our yellow lorries are synonymous with Bradfords, and it’s important that we have the right tools for the job as we continue to serve our communities through this latest chapter in the company’s history. Our 250th anniversary lorry is helping us to do exactly that.”

As part of the anniversary celebrations, the new truck has been named ‘Charlotte Anne Ellen’, the first Bradfords truck to be named in a programme to add some local ownership to the business’s iconic yellow lorries. Charlotte is named after Charlotte Carlisle, a former Bradfords colleague and third generation of her family to work for the business who sadly lost her battle with cancer in April.

Giles Bradford, one of five Bradford family members working in the business, said: “Naming such an iconic member of our fleet after Charlotte is fitting. Charlotte was a much-loved part of the wider Bradfords family, with a sense of adventure, fun and ambition that inspired others. We were fortunate enough to be able to give her a ride in the lorry before she passed away, and she was delighted to know that her name would live on in this way.”

Bradfords will continue to name the fleet, having created competitions for local primary schools to come up with names for their local Bradfords branch’s lorries.

John Murray, Sales and Marketing Director at Ryder, says: “We have been working closely with Bradfords since 2015 when they ordered their first 18t crane trucks from Ryder, and our relationship has continued to develop with us now supplying more than 40 trucks. We’re therefore delighted to help Martin, Giles and the Bradfords business celebrate their 250th anniversary with this high-specification truck.”

Bradfords Building Supplies Ltd, the leading independent builders’ merchant in the South West, is celebrating its 250th anniversary with the delivery of a new dropside DAF CF260 from Ryder. The new truck not only features a commemorative livery that acknowledges the business’s heritage but also a personalised licence plate: RIG 1770. Bradfords was founded inRead More 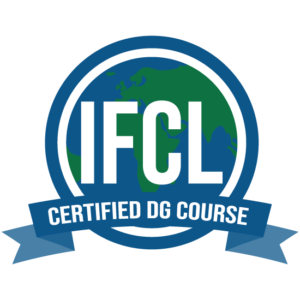