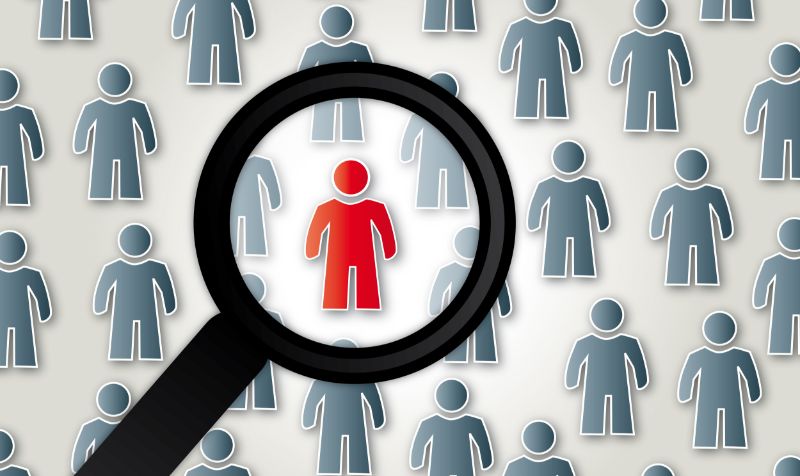 Skills shortages is a constant theme for the logistics sector that was tackled on day two of the virtual Commercial Motor Show.

While Covid-19 saw volumes in many parts of the industry fall off a cliff, with the RHA finding that at the depths of the lockdown half of all HGVs were laid up, the combination of suspension in LGV driving tests and the end of the Brexit transition period at the end of 2020 could see the current 50,000 shortage of trucks drivers start to worsen as the economy recovers.

Jennifer Swain is the newly-appointed head of talent and operations at Road to Logistics, a programme spearheaded by the RHA to bring disadvantaged members of society into the transport and logistics sector. It has seed funding in the shape of a £1m grant from the government and has ambitions to recruit and train 3,000 new drivers in the next five years.

She told delegates that the organisation would not limit itself to drivers, as there were “pockets of skills shortages” in other areas such as customs agents and transport planners.

One of Road to Logistics’ goals is to help employers through the minefield of paperwork that is involved in securing public funding for training. The complexities of the Apprenticeship Levy, for example, mean that logistics has paid in £500m but only drawn down £40m to fund apprenticeships.

“It isn’t good,” said Swain. “Too many operators do not have time to pull money from the Levy and that is something we can help with.”

With the average age of truck drivers around 55, many have decided to retire early to avoid the risks posed by the coronavirus, while a high proportion of the 60,000 EU drivers working in the UK have already gone home because of Brexit. Add in the 20,000 LGV driving tests cancelled in the lockdown and Swain warned the shortage could only get worse.

Road to Logistics is going to address the issue by sourcing candidates to come into the industry to be trained in driving and other key roles. While not exclusively targeting “marginalised” communities, there will be a focus on women, ethnic minorities, ex-offenders and the long-term unemployed.

“We want to create a more diverse workforce,” said Swain. “We will have the expertise to screen candidates and this will be a bespoke service to find the right people for your business.”

And the scheme will not end with the successful recruitment of new worker, as it will continue to support the new recruit “every step of the way”.

The organisation is now looking for employers with vacancies to fill so email jennifer.swain@roadtologistics.org to get involved.

Another route for employers to recruit the right talent has been developed by Yuno, a start up company that has developed an app to assess the suitability of candidates for specific roles.

Co-founder Lorenz Fischer said that Yuno’s research had found that logistics firms took an average of 50 days to recruit a staff member compared with 20 days in retail.

While the sector suffered a worsening skills shortage the pool of available labour is actually increasing due to Covid-19, and 6.2m people in the UK are already earning less than the living wage.

“They are in low skilled jobs in areas like hospitality and retail, and it is estimated that 3m more blue collar jobs will be affected by automation in the next five years,” said Fischer.

“So millions of people need to reorientate their careers.”

But finding people with the right aptitude for logistics was not easy, and recruiters often focused on skills rather than personality traits when recruiting.

Yuno on the other hand is an online tool that potential candidates can use to build a profile of their personality and values which can then be matched to the requirements of employers seeking to fill specific roles. “We can match candidates to a role and introduce them to the employer,” explained Fischer. “We can source jobs from publicly available websites or work with employers to create ideal candidate profiles for their specific needs.”

Like Road to Logistics, Yuno is now looking for operators to work with so get in touch on lorenz@yuno.uk.

Focusing in on the suspension of LGV driver testing by the DVSA in the pandemic, Skills for Logistics development director Paul Spink told delegates more about a new body set up to represent training providers, the Logistics Skills Network (see page 6).

Spink said there were around 200 vocational driver training providers across the UK and between them they had trained most of the 600,000 LGV drivers on which the UK depends.

These training companies are generally small operations, with on average six to seven vehicles and employing 10 to 12 staff. “That resource props up the whole UK economy,” said Spink. “When we surveyed them in June 78% were very or moderately confident about the future – but that assumed a full resumption of the full DVSA test capacity.”

Since then, there has been a phased return to DVSA LGV driving tests across the UK but capacity is still well below the 1,500 tests a week being carried our pre-Covid.

With a pass rate of 60%, this level of testing meant 900 new drivers a week or 41,000 per year were entering the industry. But between April and June this year, only 600 tests were conducted, entirely for essential sectors such as the NHS or the emergency services.

“So on top of the shortage of 60,000 drivers pre-Covid there is now a backlog of 20,000 tests,” said Spink. “So on 1 September we launched the Logistics Skills Network to represent the training providers. We already have 30% of the industry and hope to get to 80% of the marketplace.”

There are two solutions to unblocking the pipeline of new drivers: the DVSA can recruit and train more examiners; or the training providers’ trainers – many of who are former DVSA examiners – can be allowed to test candidates.

The Logistics Skills Network is open to in-house as well as third-party training providers so to join email paul.spink@theskillsgroup.org

Employers wanting to recruit talented young people have, for more than a decade, been able to work with Think Logistics, the programme to introduce school and college pupils to career opportunities in logistics. It has partnered with social mobility charity Career Ready – they are shortlisted for the MT Partnership of the Year award this year – and Career Ready head of logistics Ian Nichol told delegates that all they had to do was commit their time to form links with 400 educational establishments and spread the word about the industry.

“It is not just trucks and sheds,” he said. “We need to challenge this stereotype that many young people see.”

Nichol said that was the perception of many young people when the word logistics was mentioned which is why so few see it as a career.

“Only 9% of our workforce is under 25, 80% is male and 91% is male,” Nichol said. “The industry is not fishing in a diverse pool of talent and other industries are out there talking to young people.

“Think about the language you use when talking about the industry – go home and practice your 30 second elevator pitch to sell logistics.”

Covid-19 has presented the industry with a “great opportunity” to capitalise on the changed perceptions among the public who saw logistics as an essential and valuable industry. The other opportunity was that pupils have been out of school for six months and careers advice was “going to be critical”.

“The doors to schools and colleges are wide open and we should walk in,” said Nichol. “There are many great examples of people moving from the shopfloor into management very quickly.”

The issue of diversity was tackled head on by Dan Myers, MD, transport, UK and Ireland, at XPO Logistics.

Echoing Nichols’ comments, he said that ignoring parts of the available workforce was “shrinking the ocean of talent into a puddle” and that diversity produced better financial and results.

Surveys have shown that two thirds of job seekers value diversity when choosing an employer and that logistics needed to attract higher skilled and more adaptable people.

Myers said success was not just measured in the numbers of people from diverse backgrounds a company employed but was more about changing people’s attitudes.

Skills shortages is a constant theme for the logistics sector that was tackled on day two of the virtual Commercial Motor Show. While Covid-19 saw volumes in many parts of the industry fall off a cliff, with the RHA finding that at the depths of the lockdown half of all HGVs were laid up, the combination of suspension in LGV driving tests and the end of the Brexit transition period at the end of 2020 could see the current 50,000 […]
The post CM Show put skills shortage in the spotlight appeared first on Motor Transport.Read More