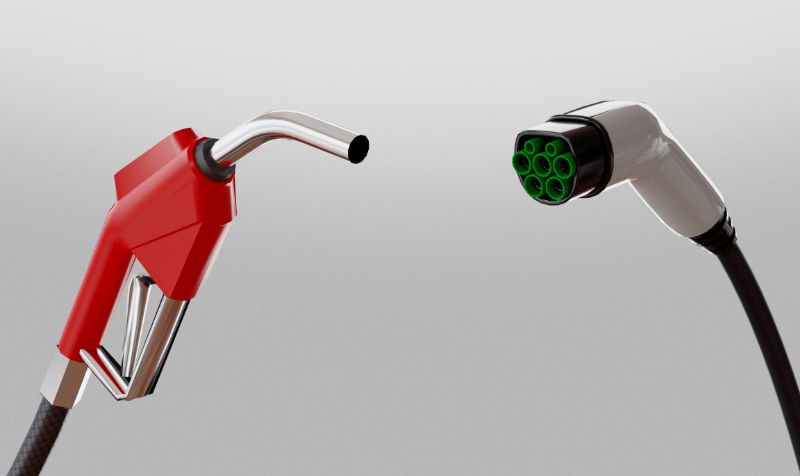 The government is ramping up its zero carbon agenda, but how keen are HGV operators to jump onboard when the technology is struggling to keep pace with the demands of running a fleet of vehicles?

As part of the drive to achieve net zero greenhouse gas emissions by 2050 it is accelerating the development of offshore wind and low carbon hydrogen, making buildings more energy efficient and ending the sale of new petrol and diesel cars and vans by 2030 – 10 years earlier than previously planned.

To make the transport transition easier it is allowing the sale of hybrid vans that ‘can drive a significant distance with no carbon coming out of the tailpipe until 2035’ and spending £1.3bn on ramping up the rollout of chargepoints for electric vehicles.

The government is also launching a consultation next year on the phase out of new diesel HGVs and investing £20m into freight trials to pioneer hydrogen fuel cell and other zero emission lorries.

The DfT told motortransport.co.uk that it hopes the trial ‘will be the first year of what will be, subject to future spending reviews, a much larger scheme. Details are still being thrashed out, but the idea is instead of helping to develop prototypes the new scheme will kickstart the zero-emission road freight industry.’

The Low Carbon Vehicle Partnership could also not give any further information but stressed that it would not be a continuation of the Low Emission Freight and Logistics Trial which ended this year. It was a £20m government funded programme looking at emissions-busting technologies for trucks and vans including battery electric vehicles and hydrogen/gas dual fuels.

However, on a likely phase out date Brian Robinson, CV emissions consultant at the LowCVP, was more forthcoming: “I’m not sure if the government is referring to diesel HGVs only or combustion engines only. That is to be determined but I see the date being the late 2030s at the very earliest and maybe early 2040s.”

The DfT spokesperson added that the soon to be published Transport Decarbonisation Plan would provide further details and outline policies to ensure HGVs deliver their contribution to net zero. It is however encouraged by the increasing numbers of lighter zero emission HGVs coming onto the market mainly using battery electric technology.

There has indeed been progress such as retailer John Lewis Partnership pledging to achieve net-zero carbon emissions for its direct operations by 2035 and investing in low carbon technologies such as biomethane trucks and electric vans. Manufacturers are also stepping up such as Renault with an electric range up to 26 tonnes and Volvo aiming to offer a complete fossil-free range by 2040. The RHA and Logistics UK have also signed up with the DfT for a voluntary commitment for a 15% reduction in emissions from UK trucks by 2025.

“I’ve been very encouraged over the last two years by the scale of ambition in the industry,” said Robinson. “It has tended to be the larger operators who can look ahead five or ten years rather than five or ten days like the smaller hauliers. But even they are realising that they are more likely to win contracts and retain work if they can be more sustainable. The pendulum is swinging in the right direction, but we have a long way to go in the heavy truck sector.”

According to the recent Transport Energy Network report from the Advanced Propulsion Centre, only 0.1% of heavy-duty vehicles are currently battery electric or gas powered.

Logistics UK therefore said that meeting the 2050 net zero deadline would be very challenging unless the government offered more support to the haulage industry. “The government must ensure that there are practical alternatives to diesel HGVs before a phase out is considered,” said Denise Beedell, policy manager for vans and urban. “Once this has been established, a realistic date can be set. For the commercial sector to be able to deliver on the government’s targets for emissions, it must work with industry to develop a long-term pathway to decarbonisation, providing clarity on the technology and alternative fuels it supports so that manufacturers and operators can invest with confidence.”

Philip Fjeld, chief executive of CNGFuels, which offers renewable biomethane gas to operators sourced from waste feedstocks such as food waste and achieving 85% cuts in emissions, is calling on changes to planning laws to build more refuelling stations. The group, which is in the process of moving to biomethane sourced from manure achieving zero emissions, currently has 6 stations fuelling 500 trucks a day and is targeting 14 by the end of next year.

“We are developing stations as quickly as we can but gaining planning approval is hard,” Fjeld said. “We have a very long list of companies who want to become new customers but are waiting on new stations. It would help if the government told councils to turn around planning approvals more quickly and perhaps look at financing to speed up station construction.”

Amanda Lyne, MD of hydrogen duel-fuel group ULEMCo, also wants increased hydrogen infrastructure: “New hydrogen stations can help reduce carbon emissions,” she explained. “We need more financial commitment on the level the government is giving to electrical vehicles. They need to think more widely. If the only vehicles they are looking to trial are electric or hydrogen fuel cell then it will be a R&D project. Hauliers won’t change if the technology does not do the job. Electric vehicles can’t power an entire haulage operation. You’d need a sub-station on site!”

Beedell agrees there are shortfalls around electrical vehicle growth: “Currently, the biggest barrier to the development of electric HGVs is the weight of the batteries. These vehicles require large, heavy batteries, and as there are legal restrictions covering how much weight HGVs can carry, this significantly compromises the payload. Given the limitations with range, electric power is better suited to lighter vehicles making shorter, more urban journeys and as such it will be many years before they become the main users of the strategic road network,” she says.

She calls on the government to ensure the energy and charging infrastructure is ready to support the switch to electric vehicles – for both trucks and vans. An industry-wide adoption of electric vehicles will only be possible, she stresses, if the government takes urgent action to support the reinforcement of power supply infrastructure required to run electric fleets, as well as introducing a fairer and more equitable way of funding grid reinforcements and energy upgrades.

“Currently, if a logistics business does not have sufficient energy supply to power its electric vehicle fleet, they must pay to upgrade the entire local electricity hub themselves which can cost more than £1m. This cost is on top of the premium to buy electric vehicles which are more expensive than conventionally powered vehicles; government action is needed to reduce these expenses,” she adds. “In the meantime, hauliers should be exploring the alternative options available to them including biomethane and hydrogen and if possible, setting decarbonisation targets for their own businesses.”

The post “Hauliers won’t change to electric when the technology doesn’t do the job!” appeared first on Motor Transport.

The government is ramping up its zero carbon agenda, but how keen are HGV operators to jump onboard when the technology is struggling to keep pace with the demands of running a fleet of vehicles? Last month (November) prime minister Boris Johnson set out a £12bn ‘Ten Point Plan’ to spearhead his so-called Green Industrial Revolution. As part of the drive to achieve net zero greenhouse gas emissions by 2050 it is accelerating the development of offshore wind and low […]
The post “Hauliers won’t change to electric when the technology doesn’t do the job!” appeared first on Motor Transport.Read More