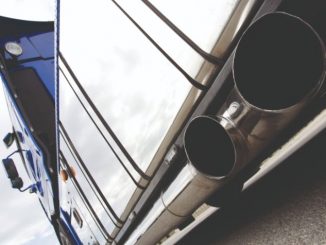 A group of MPs have urged the government to pause the rollout of Clean Air Zones (CAZ) for at least a year and review the evidence of their effectiveness in light of changing travelling patterns.

The All Party Parliamentary Group (APPG) on road freight and logistics said no one was disputing the need to tackle air pollution, but that the situation in this country had changed since the debate over charging zones first began a few years ago.

The APPG pointed to Leeds as an example of a city that had ditched CAZ proposals, in light of air quality improvements brought about by businesses switching to cleaner vehicles faster than expected and a reduction in traffic levels due to the pandemic.

In a report, the APPG said the government needed to “pause and reflect” until January 2022 and use the time to review the evidence base.

It concluded: “In particular, they should review why four of the five original local authorities have opted against a charging zone and what measures they have put in place to tackle air quality and how these could be replicated across the country.

“They must then consider and allocate appropriate levels of funding for local authorities to put in place measures to take the most polluting vehicles off our roads, without penalising businesses or individuals.”

Sir Mike Penning MP and APPG chair said: “We all want to see cleaner air, that is why I back the government’s efforts to introduce measures that support businesses to replace the most polluting vehicles and journeys.

“But it is essential that policies drive behaviour change rather than simply add an additional financial burden on businesses struggling to bounce back from Covid-19.

“The government should understand that for many haulage businesses surviving the next year remains challenging and to ensure that this vital sector looks to rebuild that they should not be subject to the high costs of clean air zone charges.”

Sir Mike added that although the group concluded that CAZs might be the right policy, the current approach was “fundamentally flawed”.

He said: “The government must also use this review to tackle the myriad of practical problems including the urgent need for a common set of standards and a single national payment portal that covers all road charges.”

Chris Ashley, RHA head of policy on the environment commented: “The RHA has consistently said that better ways exist to achieve the clean air we all want.

“The current CAZ approach fails to recognise the industry’s huge £1.9bn investment in Euro-6 vehicles that, despite CAZ, has slashed NOx emissions from trucks by at least 59% since 2013. It also fails to account for the market supply of the desired Euro-6 vehicles which, during the second quarter of 2020, plummeted by 75% as Covid-19 hit the economy.

“To press ahead with CAZ as if nothing has happened is madness. It unfairly targets HGVs, and the government must urgently review both its evidence-base and approach before proceeding.”

Responding to a question about CAZs in the House of Commons this week, transport minister Rachel Maclean said: “The government is committed to improving air quality and the freight sector has a significant role to play in this.

“The government encourages more sustainable alternatives to road haulage where practical, including e-cargo bikes and electric vehicles for urban deliveries and mode shift to rail freight.

“The implementation of Clean Air Zones will affect the use of haulage vehicles substantially in some cases.

“There are official level discussions with representatives of the road haulage industry about the implementation of existing policies and the development of further policy related to road freight and pollution.

“Support is being provided by local authorities and through the Clean Vehicle Retrofit Accreditation Scheme to help businesses upgrade to newer vehicles and achieve compliance with NO2 limits where Clean Air Zones restrict access for older HGVs.

“We are also consulting on options for improving the productivity of existing fleets, for example through the use of longer semi-trailers which have reduced the number of HGV journeys and the associated emissions.”

• The report also calls for: The introduction of ‘phased charging’ with charges only introduced following a grace period for very clean Euro-5 HGVs; government funding of a new centralised and ring-fenced fund to help businesses scrap the most polluting HGVs; the introduction of a single national payment portal covering all road charges and a £50 cap to be put on the daily charge for HGVs in line with Birmingham Council’s plans.

A group of MPs have urged the government to pause the rollout of Clean Air Zones (CAZ) for at least a year and review the evidence of their effectiveness in light of changing travelling patterns. The All Party Parliamentary Group (APPG) on road freight and logistics said no one was disputing the need to tackle air pollution, but that the situation in this country had changed since the debate over charging zones first began a few years ago. The APPG […]
The post MPs demand year’s suspension of CAZ rollout appeared first on Motor Transport.Read More