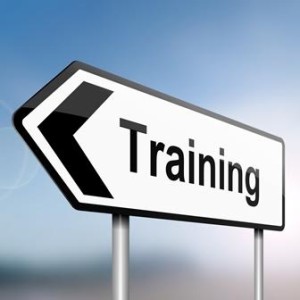 The launch of a new independent trade association for vocational transport training providers gives the sector a collective voice for the first time.

The Logistics Skills Network (LSN) has been a long time in the making, but the catalyst for its formation came earlier this year, as professional training ground to a halt amid the first wave of the Covid-19 pandemic.

“There was no-one giving sound advice to say what independent training providers could, or could not, do,” explains Billy Hammond, operations director at Glasgow-based GTG Training.

“I called around other training providers that I have a good relationship with and asked how they were coping.

“Two out of three of the trainers I got in touch with were feeling the same as I was: frustrated.

It wasn’t a new feeling. Training providers belonging to organisations where members are primarily haulage or logistics experts have long suspected their voice was not being given the same platform and that perhaps the answer lay in forging a new path.

Hammond, who sits on the LSN’s advisory board, says: “In the past we have either been members of trade associations and we just accepted how things went along, or we’ve not worked in collaboration.

“Because of this pandemic, it forced our hand.”

And so the LSN was born; a collaboration between Skills for Logistics and another training firm, Mantra Learning.

It aims to bring together organisations in the sector that can develop and share best practice, knowledge and resources.

It also intends to work closely with the government – and the DVSA in particular – to ensure vocational training is properly represented, with one voice.

David Coombes, co-founder and chief executive of Skills for Logistics, says: “The LSN has been created to represent and promote the collective interests of the UK’s specialist logistics training providers to government, regulators, and those working in the wider logistics and passenger transport sectors.

“LSN is the voice of logistics training, covering all aspects of education and learning in the transport, warehousing, supply chain and international freight forwarding sectors.

“LSN has already been endorsed and recognised by the DVSA as a tier one stakeholder and as such is in regular dialogue with the DVSA to help address HGV licence issues.

“Equally, LSN is in dialogue with other regulatory and governmental bodies.”

Coombes says lead times to book and schedule module one and two theory tests has risen from three weeks in a pre-Covid world, to seven now.

The lack of availability of test slots from the DVSA is another area the LSN wishes to resolve.

Test times here have more than doubled to eight weeks and Coombes says there is no improvement in sight: “This means that the earliest a novice driver can commence training having obtained their medicals is a minimum of four months.”

Then there’s the lack of DVSA examiners to tackle the 20,000 test backlog created by Covid, as well as the upturn in demand due to redeployment of people from other sectors, such as hospitality and retail.

“The logistics sector requires approximately 100,000 HGV and PCV vocational driving tests, whereas the current capacity is thought to be less than 60,000,” Coombes explains.

Other aims of the LSN are to address the lack of HGV instructor facilities at DVSA sites, the future of HGV apprenticeships and clarity on the future of remote Driver CPC training.

“Covid has impacted on all the issues outlined and, in fact, has been the catalyst behind the launch,” says Coombes.

Key to the LSN’s successful launch was recognition from the organisation it intends to regularly engage in.

“The endorsement and the support of the DVSA was critical, so that our members know that we have a voice and recognition to enable us to address the issues today and in the future,” says Coombes. “Individual providers would always struggle to be heard in any situation; one collective voice with critical representative mass is the right way forward.”

“It is beneficial for the DVSA to engage with national representative organisations and for individual providers to ensure their voices are heard and understood,” he explains. “The DVSA is eager to work with the LSN as a membership stakeholder group representing the interests of the training providers’ sector, and will collaborate on an embargoed basis seeking opinion and sharing information about service development plans.”

However, perhaps one of the trickiest issues the new group will be looking at is that of delegated examiners.

Coombes says: “Even for a Covid-induced interim period, it’s a very difficult decision that the DVSA will not be able to make without authorisation from government.

The LSN has said that an alternative solution is for the DVSA to recruit and train extra HGV examiners to handle the backlog instead, so which one would it prefer?

“We would prefer the delegated examiners option, as this is the faster track and flexible interim situation,” he says.  “Our member network has a number of experienced, skilled and knowledgeable driver instructors who could be thoroughly trained and qualified to become delegated examiners to solve the issue within weeks.”

Ultimately, the LSN’s success will be measured on the quality and effectiveness of training available to candidates and perhaps this is even more crucial now as modules transfer online in the current pandemic.

“That’s one of the things the LSN is very keen on – a good standard of training provision,” says Hammond. “We are all very keen to make training better for everyone.”

The launch of a new independent trade association for vocational transport training providers gives the sector a collective voice for the first time. The Logistics Skills Network (LSN) has been a long time in the making, but the catalyst for its formation came earlier this year, as professional training ground to a halt amid the first wave of the Covid-19 pandemic. “There was no-one giving sound advice to say what independent training providers could, or could not, do,” explains Billy […]
The post New association gives a voice to UK training providers appeared first on Motor Transport.Read More