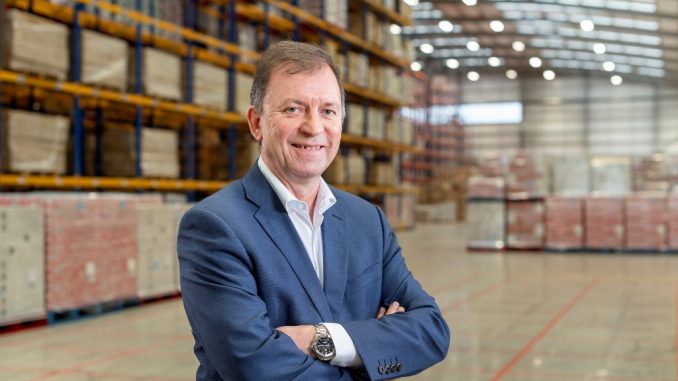 When Simon Hobbs says his induction as new Kinaxia boss wasn’t what he expected it sounds like the understatement of the year. Within weeks of taking the reins back in late January, the Covid crisis saw volumes across the group slump by 35% and cash quickly begin to drain.

In what he’s since admitted became a “baptism of fire”, Hobbs was forced to reduce his staff by 33%, put another 584 people on furlough and park up 277 vehicles – nearly a third of his fleet.

“We had to right size the business”, he tells me. “We made the decision to bring our fleet to a level that our volume would come down to, and regrettably bring our workforce down to a similar level. So we made about 160 people redundant. That was very painful.

“It took 10 weeks. There was no surprise; the majority of people could see where we were going to end up. Redundancies were right across the businesses – drivers, warehouse, some back office, some management.”

But what made the process especially painful, Hobbs admits, is that the Kinaxia Group prides itself on being a “family of families” – a decentralised model where each business has its own MD. “Some are from the original family and some are new where the family owner wanted to exit,” he explains. “So probably 70% are still family and they employ local people. It was the first time we’d had to ask an MD to make redundancies and it was an emotional rollercoaster for everyone.”

Hobbs’ impressive CV includes 20 years with DHL Supply Chain, then three more with Ceva Logistics, heading up its automotive business in the UK, Ireland and the Nordics. He was then head hunted by Kuehne & Nagel but with the company now leaving the UK he decided Kinaxia should be his next move.

“My love and passion is to create successful teams and grow businesses,” he explains. “So Kinaxia was the perfect fit.”

That said, how did he approach a redundancy process that sadly became one of his first key strategic moves?

“We did it by a simple metric,” he says – “what the volume was before 23 March, what it was today, how many people are furloughed, how many trucks are parked up. We gave each business April, May and June to see what was happening and made a decision collectively.

“My biggest worry was cashflow, but we’re significantly stronger today than we were going into this.”

Hobbs describes Kinaxia as a buy and build business: “We buy organisations and build a company,” he explains. “We only buy profitable family-led businesses. We don’t want to go into organisations that need turning around. We want nice bolt-on businesses that complement what we do and give us a national coverage.”

Since its launch in 2012, Kinaxia has acquired 12 companies including Bay Freight, William Kirk, NC Cammack & Sons, Foulger Transport, Lambert Brothers Haulage and Panic Transport (Contracts). Its latest acquisition is Bristol haulier David Hathaway Transport, which it bought in May 2019.

Despite the drop in profits, Hobbs remains optimistic, insisting Kinaxia’s traditional transport and warehousing business is less than 2% down year on year. He’s also encouraged by his customers’ reaction to the crisis: “They’ve been absolutely brilliant,” he says, “We feared they would delay payments, and that one or two would go under with debts, but none of that materialised. In fact our payment terms improved significantly, which is amazing and a big help.”

Inevitably, the performance of each business has depended largely on the sector they’re focused on: “e-commerce didn’t miss a beat,” Hobbs says. “Mark Thomson Transport’s business has increased. His revenue is higher now than it was last year.

“Drinks, water and wine didn’t see any reduction. We’re quite big with food manufacturers, not so much retail, which was buoyant. Packaging was also really buoyant. The one I was scratching my head over was animal care – pet food, which was absolutely whizzing out of the warehouses! We were lucky we weren’t in hospitality and construction thankfully. We saw a reduction with our industrial customers but it’s coming back.”

The biggest concern for the group going forward is capacity. In fact Hobbs has just emerged from a few days of back-to-back board meetings, he says, where the biggest talking point was whether his members have the resources to cope with demand.

At the moment, he’s happy with Kinaxia’s position although finding drivers is a challenge. He blames that on Covid, Brexit uncertainty and the weakness of the pound.

“A lot of our European based drivers have probably gone home to reflect on where we are at a time when our volumes are picking up,” he says. “I’m hopeful that they’ll return when Brexit is clearer and we’re out of the Covid period.

“The pallet networks are at an all-time high which is good but it causes operational challenges with our members. They’re so busy that they’re coming into my depot late. You’ve then got all those pallets to offload, sort, get on the vehicles and you’ve lost an hour-and-a-half. So do I put on extra vehicles to do that?

“That’s the challenge – making sure we don’t become busy fools. You’re flat out, you’re working, working, working – but at the end of the week you haven’t made any money!”

To meet the challenge, Kinaxia looks to share resources, so if one company is busier than another vehicles can be moved around. The company’s transport management system will be also be fully integrated by March to give additional help.

Each business is a member of a pallet network, providing a volume release valve when capacity becomes an issue. However, Hobbs saves costs by keeping business in the family wherever possible.

The group has also expanded its K-Link hub operation to include direct trunking between member companies: “I put what I can through K-Link and where I haven’t got the capacity I put it through the pallet network,” Hobbs says. “We have a great relationship with the pallet networks aside from one who says we’re getting too big! But we’re not a threat. We still put a lot of volume through them.”

For the moment, Hobbs admits the company has got a “heads down mentality” which he doesn’t like and will change next year. “We’ll get through the first three weeks of December and then the pressures off. Then my challenge is to get all the temporary vehicles I brought in for the peak off the books.

“So you go up a big mountain and then you’re straight back down again. Volumes just fall away. The last week in December and the first few weeks in January are very quiet.”

As a predominantly UK-focused group Brexit isn’t a major concern, although from an industry perspective Hobbs says he’s fearful of queues from the beginning of next year.

“Look at the south east corner,” he says. “There are 10,000 commercial vehicles a day going in and out of that area. It’s two minutes a truck. With changing a customs process comes risk and there’s always a learning curve so I wouldn’t be surprised to see delays for 2-3 months while people get used to it. Will there be enough people employed to deal with all the paper work?

“The government were slow off the mark and didn’t realise the scale of it. They’ve spoken to the industry but nowhere near soon enough. Bigger exporters would have put in contingency plans but even for them it’s a step into the unknown.”

Kinaxia is now “at a minimum needed to cope”, he concludes, and the next phase is growth. Despite the job cuts, he recruited five new sales people in September. The plan is to grow just over £20m a year for the next three years and, by the end of 2023, to become a £250m turnover business.

He also intends to fill geographic gaps, particularly in Scotland, Wales, Humberside and the South East – “either through acquisition or alliance”.

Ultimately, the plan is for Kinaxia to “up its game”, Hobbs explains, overlaying a national capability as part of a regional one and pushing into a different marketplace.

“We probably haven’t tapped into the £3m to 7m warehousing and distribution opportunities,” he says. “That’s what we’re slowly moving into. We’ve increased our warehousing footprint. We’ve got two million square feet now, another hundred thousand square feet opening as we speak and we’ll put in another two hundred thousand every year for the next two years.

“We’re probably a little bit below the radar from a visibility point of view. A lot of people would say they’re not too sure who we are but we were in the Sunday Times top 250 fastest-growing companies a few weeks ago. We’ll start getting our brand out there a bit more. That’ll encourage people to come to us.”

There’s been much talk lately about how the pandemic might accelerate technological innovation in the sector, but Hobbs takes a pragmatic view: “It’s about making sure we have best-in-class vehicle technology, planning, warehouse management and that we’re trialling fuel types for vehicles – electric vehicles. It’s all about low CO2, low emissions, quiet vehicles. I’m aware of blockchain and all that but it’s not keeping me awake at night.

“Where we’ll take it with electric is inner city conurbations; the South East is a challenge, and Manchester, Bristol and Birmingham. I’ve got a warehouse facility that can service inner city. We’ll do some pilots looking at those city centres.”

But what about long haul?

“Filling stations is the big one,” he says. “Once we have the infrastructure it’ll be the right thing to do. And the price is coming down so there’s an incentive. Infrastructure is step one and then there’ll be a move towards it. With HGVs we’re probably a watcher. We’ll experiment with 10 of our vehicles. We’re not against it, it’s just making sure it’s the right investment.”

The post “We’ve had to right-size the business” – Simon Hobbs on a challenging first 10 months as Kinaxia chief executive appeared first on Motor Transport.

When Simon Hobbs says his induction as new Kinaxia boss wasn’t what he expected it sounds like the understatement of the year. Within weeks of taking the reins back in late January, the Covid crisis saw volumes across the group slump by 35% and cash quickly begin to drain. In what he’s since admitted became a “baptism of fire”, Hobbs was forced to reduce his staff by 33%, put another 584 people on furlough and park up 277 vehicles – […]
The post “We’ve had to right-size the business” – Simon Hobbs on a challenging first 10 months as Kinaxia chief executive appeared first on Motor Transport.Read More